The Onion Omega2S IoT Computer Modules are designed for applications that require drop-in connectivity and computing. The 34x20x2.8 mm package features a CPU, memory, flash storage, and a WiFi radio. It runs a Linux Operating System and is FCC certified, making it a small but powerful solution for IoT devices. 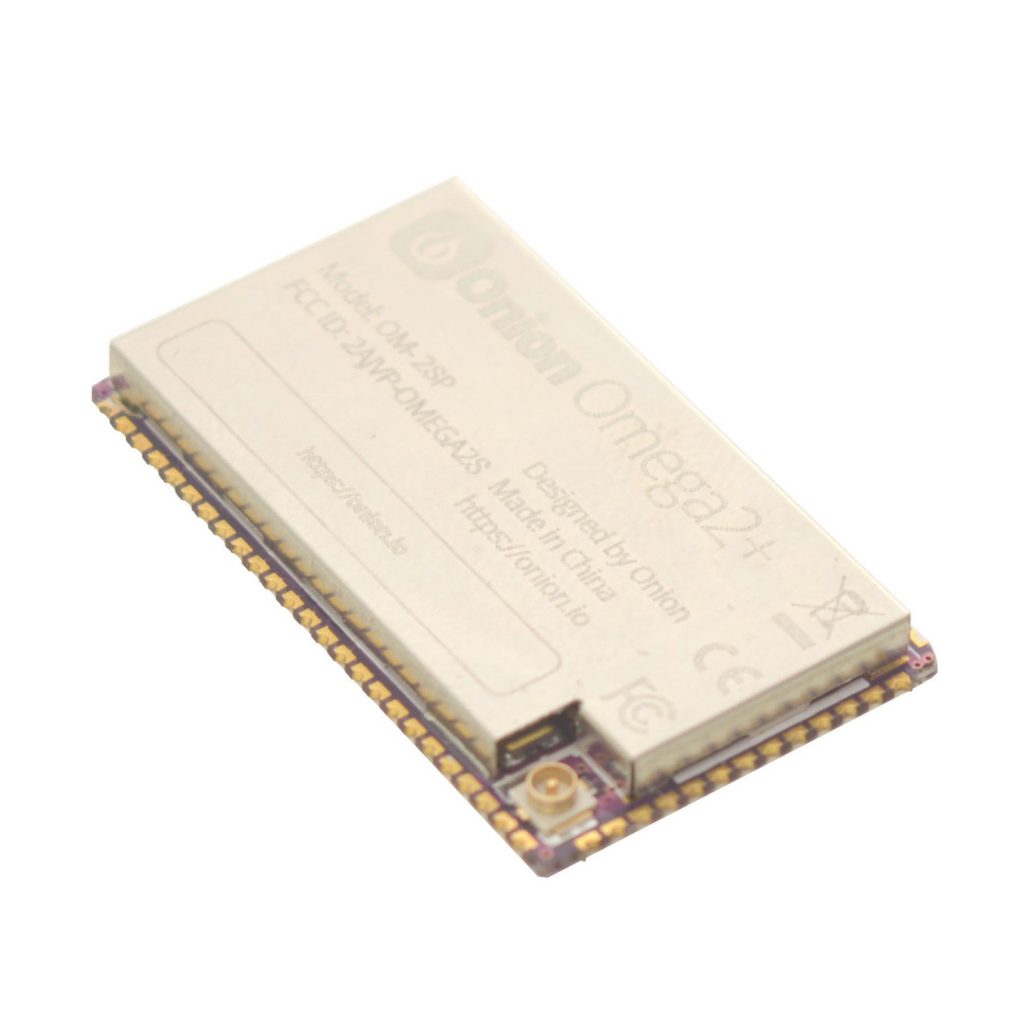 Send me the technical document package

The module measures 34x20x2.8 mm and features a MIPS 24KEc processor running at 580 MHz, built-in DDR2 DRAM, flash storage, and a 2.4 GHz 802.11b/g/n Wi-Fi radio. It supports a wide variety of I/O protocols, with 42 pins available to the developer. The module is self-contained and only requires a power supply and an external WiFi antenna to operate.
By virtue of the Linux operating system, developers can create their own applications using a programming language of their choice, and make use of existing network stacks and a rich set of software packages to implement their desired software functionality. 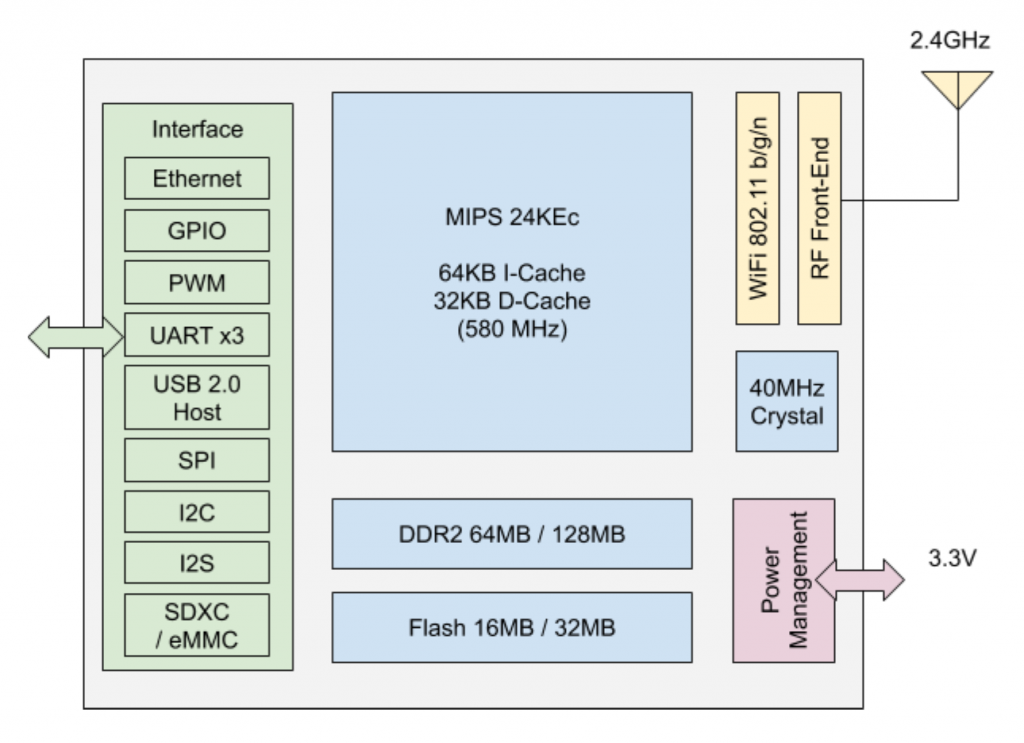 Highlights on the software and operating system: 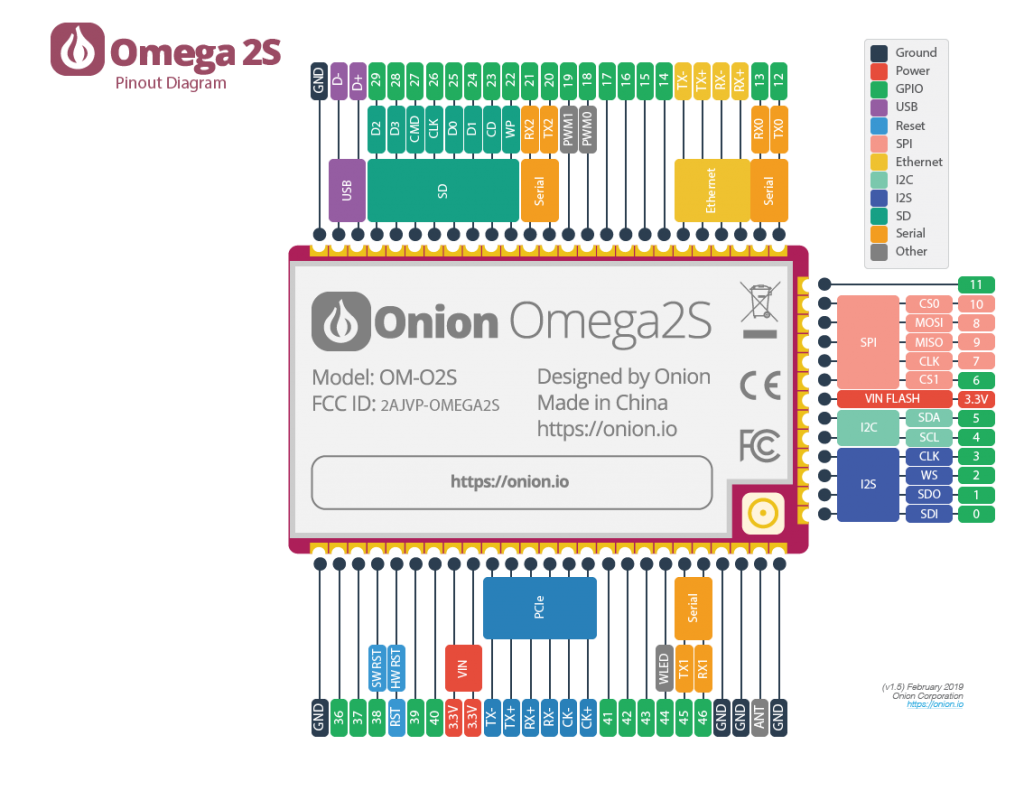 Purchase samples from our distributors Mouser and Digikey

What is the minimum order quantity?

The minimum quantity required to purchase the Omega2S module directly from Onion is 500 units. For smaller quantities we recommend purchasing from our distributors Mouser or Digikey for more cost effective shipping options.

How long will the Omega2S be supported?

The Omega2S is guaranteed to be available until January 2025

Is the Omega2S FCC, CE, and/or RoHS certified?