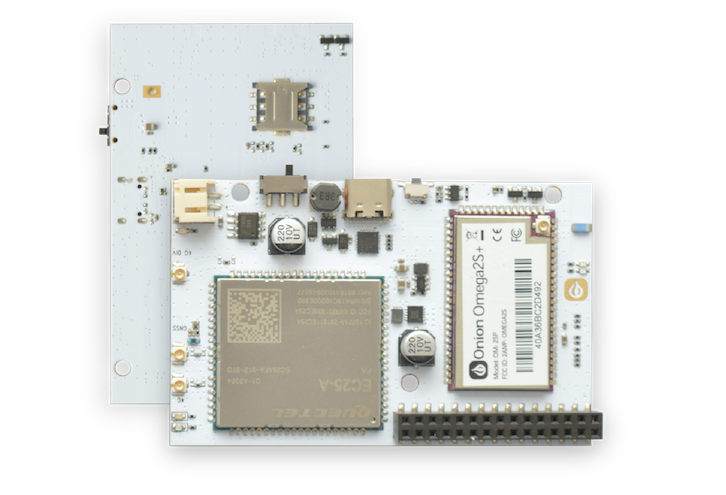 Overview
Variants
Specifications
Documentation & resources
Overview
The Omega2 LTE is a WiFi-enabled, Linux-based single board computer with high-speed 4G LTE cellular data connectivity and GNSS global positioning. The Linux network stack takes care of the complexity of LTE data behind the scenes and makes the switch between Wi-Fi and cellular data seamless to user applications. Smaller than a credit card, the Omega2 LTE is an all-inclusive, standalone computing device for developing cellular IoT applications. It just needs a Nano-SIM card with a data plan, LTE antennas, and power over USB-C or LiPo battery. When your cellular IoT application is ready to move beyond the concept stage, leverage the open source design when building your own custom hardware. 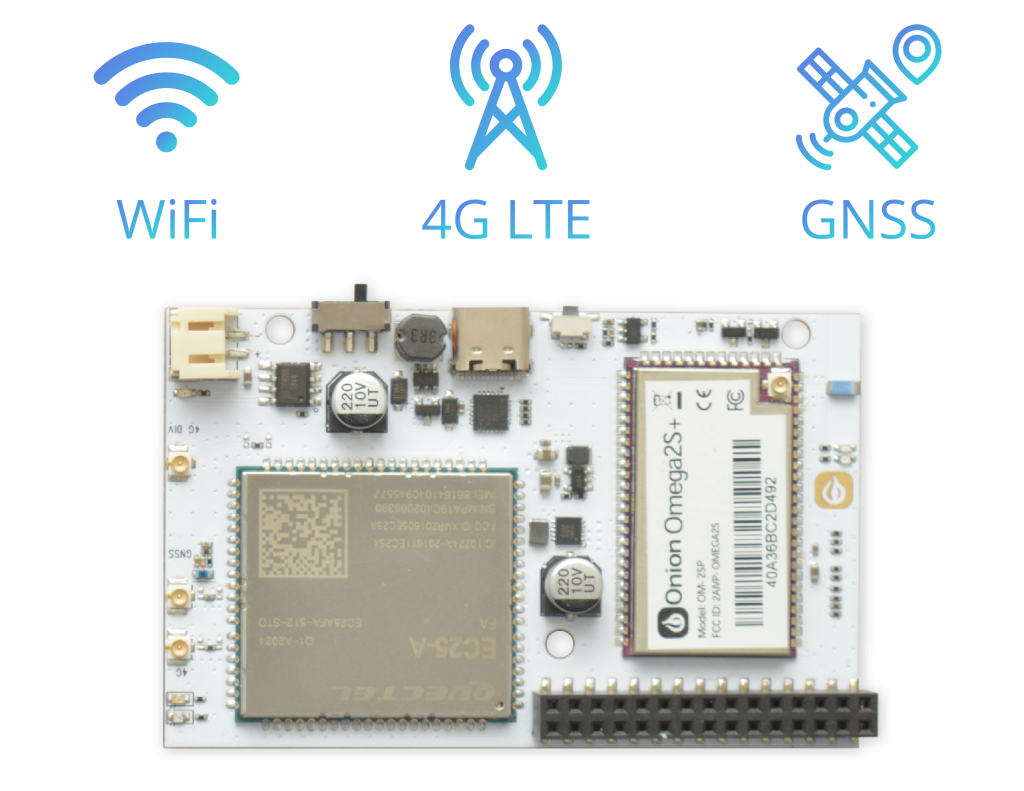 The Omega2 LTE features a Quectel LTE Cat 4 modem that delivers 150 Mbps downlink and 50 Mbps uplink data rates. It supports Nano-SIM cards by way of a slot on the underside of the device. The complexity of the LTE modem is abstracted by Linux OS, and the modem can be easily configured using a command-line utility. Two variants are available: To offer flexibility in choosing antennas, the Omega2 LTE features U.FL antenna connectors for connecting two LTE antennas: a main antenna and a diversity antenna. While it is possible to just use the main antenna and get cellular reception, using the diversity antenna as well will increase reception, especially indoors. The Omega2 LTE enables use cases that are not limited by the range of Wi-Fi networks since the 4G LTE data connection provides internet connectivity as long as there is cellular signal:

In addition to the cellular connectivity, the Omega2 LTE features a high-sensitivity, multi-constellation GNSS receiver, capable of retrieving positioning and accurate time data worldwide. The Omega2 LTE supports all of the common positioning systems: Users must connect an antenna to the U.FL connector to receive positioning data, leaving the user free to choose the size and strength of the antenna.

The Omega2 LTE is based on the Omega2S+ module, featuring a MIPS CPU, 128 MB memory, 32 MB storage, and a WiFi radio & antenna. The OS is pre-loaded on the built-in storage, so the Omega2 LTE is ready to go out of the box. The microSD card slot on the bottom of the device can be to extend the amount of available storage. Every useful for storing any assets created by the device — log files, images, etc. During early development, easy access to the command line is essential for quick iterations. The built-in USB-to-serial chip provides reliable, always-on access to the Omega’s command line through the USB-C port. Power can be supplied either through the USB-C port or by a LiPo battery connected to the JST-PH connector. Connected batteries will be safely charged when the device is powered over USB-C. The Omega2 LTE features extensive I/O – Ethernet, I2C, UART, I2S, SPI, PWM, and GPIOs – making it easy to interface with other devices and components. The I/O header on the Omega2 LTE is compatible with the existing ecosystem of plug-and-play Omega2 Expansions, allowing users to easily add functionality to their device. All of this in a 80 x 50 mm board.

The Omega2 LTE runs an Onion-customized version of OpenWRT Linux, based on the modern 4.14 Linux kernel. The OS is open-source and available on GitHub, allowing users to customize it to meet their individual needs. By virtue of the Linux OS, developers are not limited in their choice of programming language. Supported programming languages include:
Variants 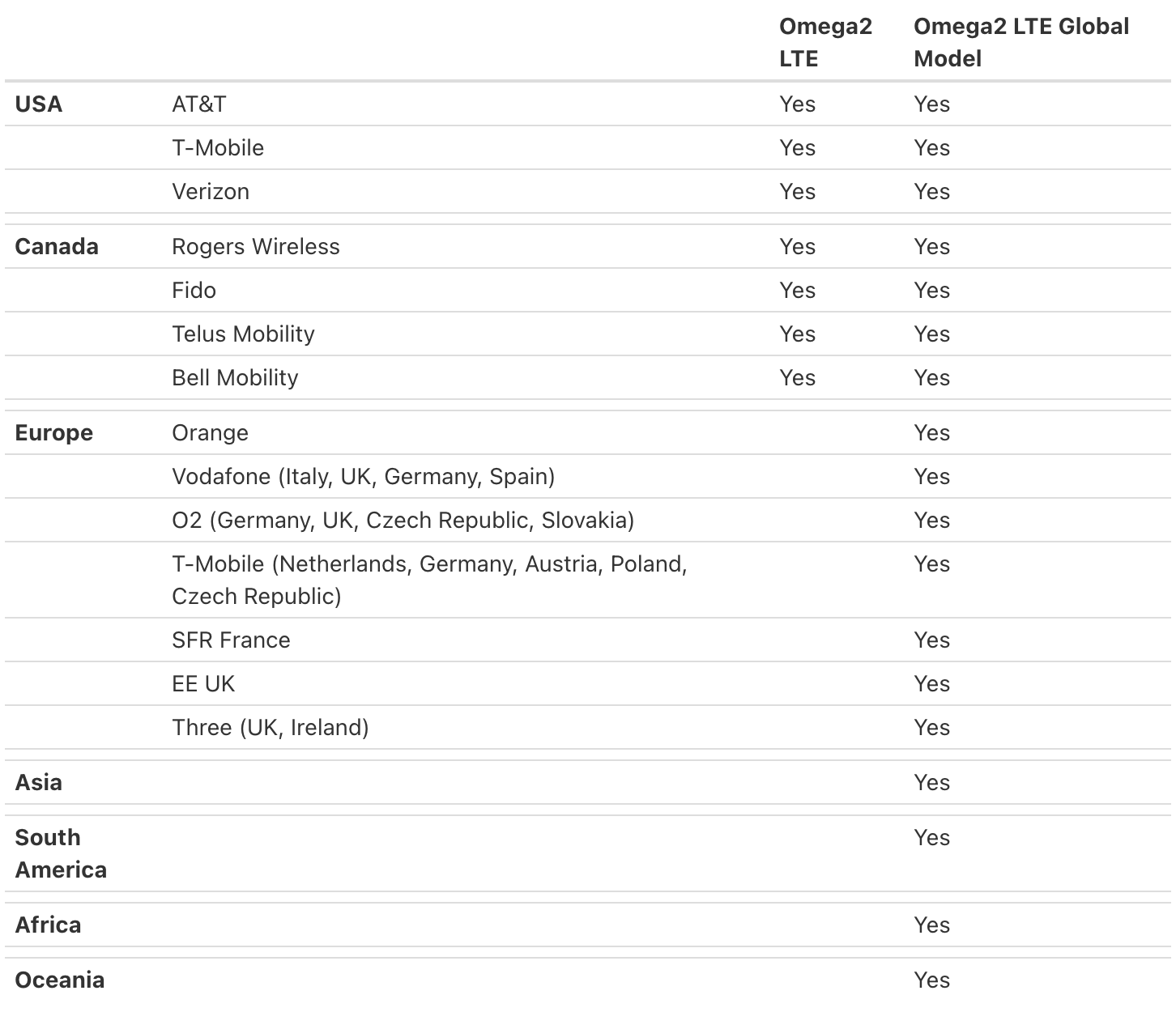 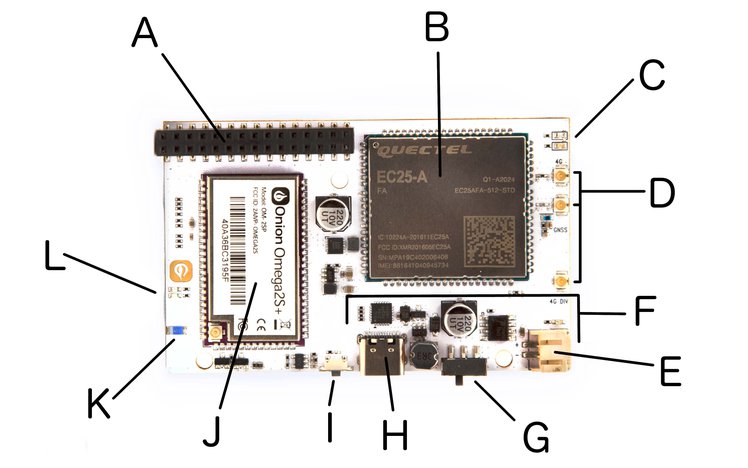 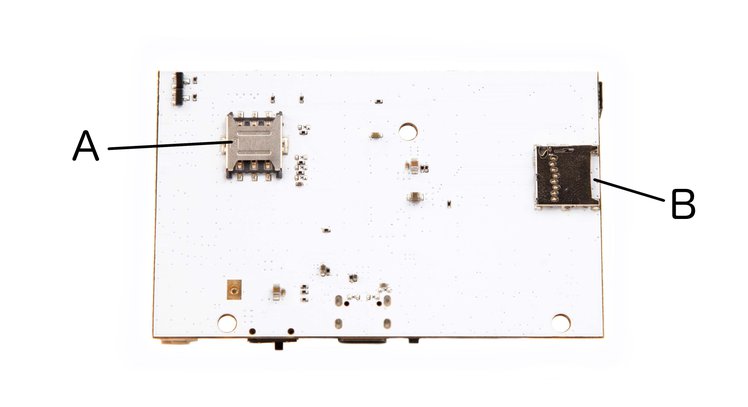 A. Nano-SIM slot
B. MicroSD slot