The Omega2 Dash is a Wi-Fi-enabled Linux computer with a built-in touchscreen. It is a stand-alone, all-in-one solution for developing touch-based graphical user interfaces that can be internet-connected, connected to other devices, or both.
Buy 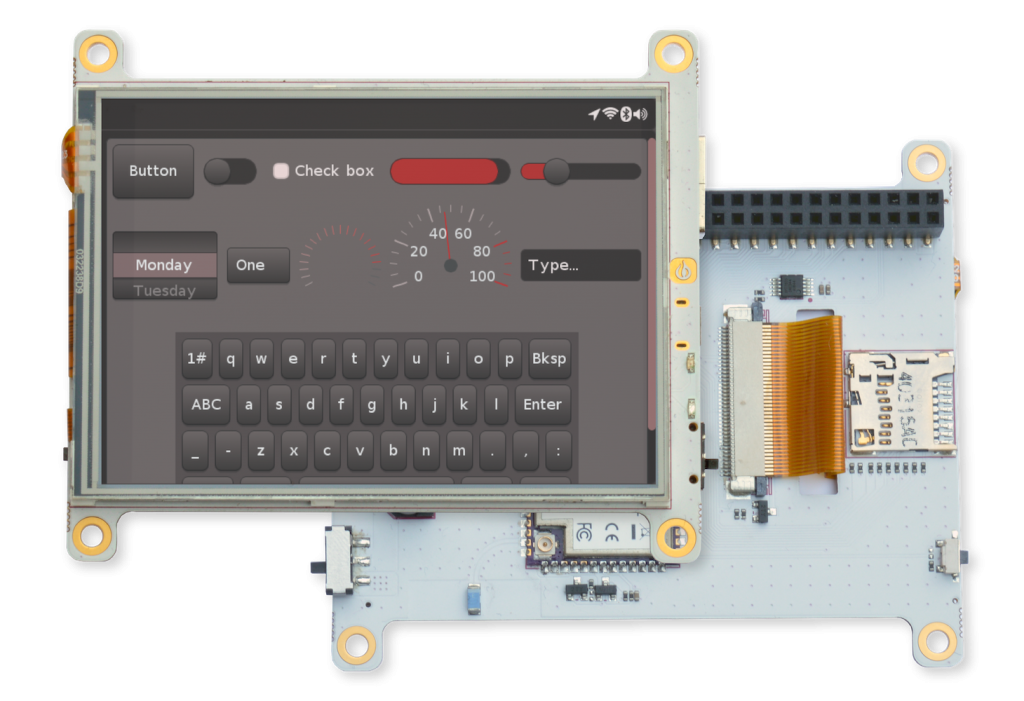 Overview
Specifications
Documentation & resources
Overview
The Omega2 Dash is a Wi-Fi enabled Linux computer with a built-in touchscreen. It is a stand-alone, all-in-one solution for developing touch-based graphical user interfaces that can be internet-connected, connected to other devices, or both. Combining a 3.2″ TFT touchscreen display with an Omega2S+ module, the Omega2 Dash enables quick and easy development of physical user interfaces. Users are able to create interactive graphical user interface (GUI) applications for their connected, edge-computing applications – either for initial development or deployment as part of an end-device. The hardware design is open-source, so it can serve as a reference design for using the Omega2S modules with TFT displays in the former case.

With a 3.2″ TFT touchscreen display, the Omega2 Dash brings touchscreen capability to the established Omega2 Linux computer platform. The display resolution is 320×240, supports 16-bit color, and is rated for over 50,000 hours of operation under normal conditions. The resistive touch input is 12-bit, providing excellent accuracy, and is interfaced over I2C. On the software side, developers can easily interact with the display device through the Linux framebuffer. This significantly reduces the time and complexity of creating a GUI IoT application since the nitty-gritty details of controlling the display are handled behind the scenes by the Linux OS. To get started quickly, developers can use the command line tools to write text or even move the command prompt and output to the display. To enable the creation of GUIs meant for real-world use, the Omega2 Dash was designed to be compatible with the LVGL, an open-source graphics library with easy-to-use graphical elements and visual effects for building embedded GUIs. Developers can use the LVGL library in C and C++ programs or with MicroPython. With both options, the library will simplify GUI rendering and handling touch input, allowing developers to focus on their business logic.

The Omega2 Dash hardware was designed to make it easy to develop embedded GUIs: Based on the Omega2S+ module, it features a MIPS CPU, 128MB of memory, 32MB of flash storage, and a WiFi radio complete with antenna. The Linux OS is preloaded on the built-in storage, so it requires a minimal amount of setup out of the box. Storage can be optionally expanded by using the MicroSD slot. During early development, easy access to the command line is essential for quick iterations. The built-in USB-to-serial chip provides reliable, always-on access to the Omega’s command line through the MicroUSB port. The Omega2 Dash features extensive I/O – USB, Ethernet, I2C, UART, I2S, SPI, PWM, and GPIOs – making it easy to interface with other devices and components. There is a USB host port to easily connect various USB devices. The I/O header on the Omega2 Dash is compatible with the existing ecosystem of plug-and-play Omega2 Expansions, allowing users to easily add functionality to their device.

The Omega2 Dash runs an Onion-customized version of OpenWRT Linux, based on the modern 4.14 Linux kernel. Users can rely on the Linux system to abstract away complexity in device operation and on the networking and cryptography stack to simplify connectivity. The OS is open-source and available on GitHub, allowing users to customize it to meet their individual needs. By virtue of the Linux OS, developers are not limited in their choice of programming language. Supported programming languages include: The OS also comes equipped as a web server by default, so that users and other devices on the local network can interact with the Omega through a browser.
Specifications 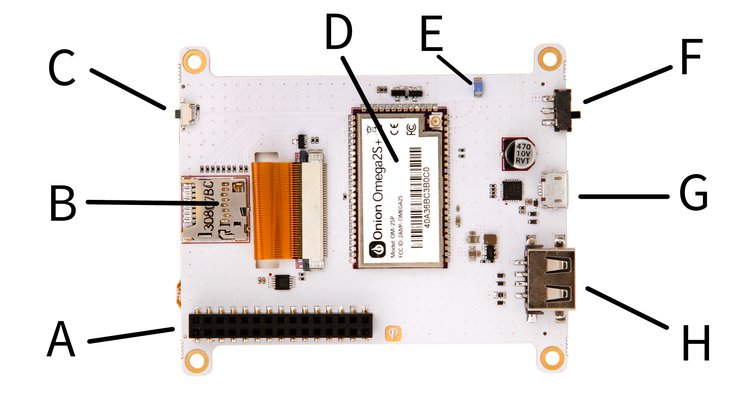 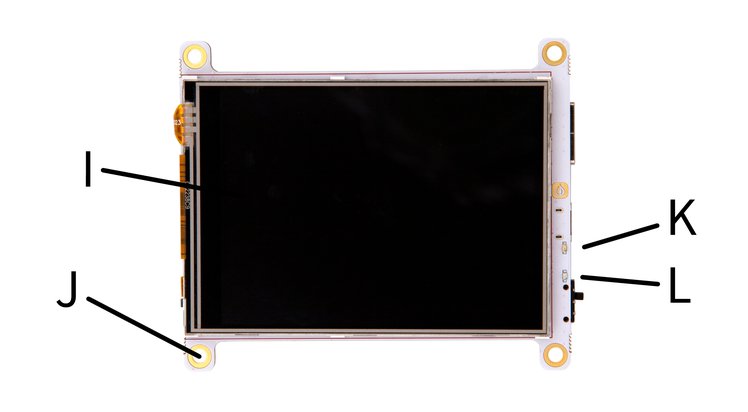