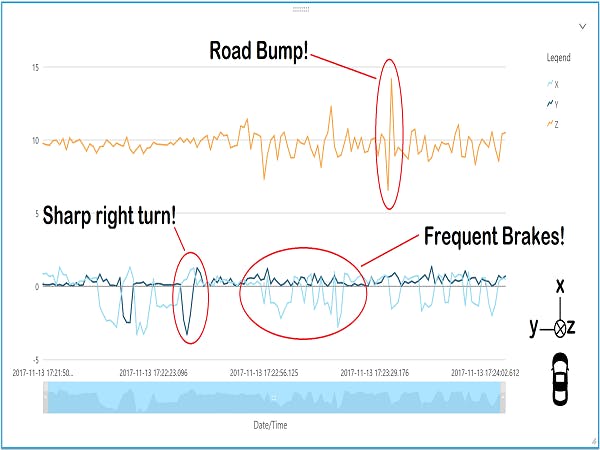 Season’s greetings to all! Hope you are all keeping warm!!!!

Welcome back to 2-Bullet Tuesday!,where we’ll share useful tips and awesome stuff sent in by Omega2 users all around the world.

Our favorite project this week is the KinetiConnect by Shervin Oloumi. Apart from having a wicked name, the KinetiConnect collects acceleration data from a moving vehicle and sends it to the AWS cloud for analysis and visualization.

Amazing project Shervin, we really dig how your project incorporates hardware and the cloud working together to make a useful IoT device.

This week’s tip we’ll go into more detail about I2C communication, particularly using the command line i2cset and i2cget tools. First of all, I2C is an abbreviation for Inter-Integrated Circuit communication and is sometimes called Two-Wire Interface (TWI). It is a serial protocol used to quickly and easily connect multiple devices to controllers and processors such as the Omega2. If you’ve wondered how sensors, controllers, and actuators communicate with the Omega, wonder no more! It is very common for these devices to communicate through I2C. 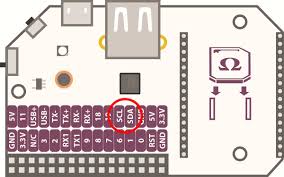 I2C communication is performed over two signal lanes: a clock lane, usually abbreviated to SCL, and a data lane, usually abbreviated to SDA. On the Omega, there are SCL and SDA pins that are available for I2C communication. You will notice them on every Dock as well as on the Omega’s pinout diagram. Additionally, it’s important to note that the I2C protocol uses a master-slave architecture. All this means is that an I2C bus can have many devices attached to it, but a single device in charge and running the show. The master device initiates all communication and interacts with specific devices by using their specific device address. This means that all devices communicate with just the master, and slave devices cannot communicate with other slave devices. The Omega is configured to be an I2C master, and all I2C Expansions, sensors, controllers, etc are slave devices on it’s I2C bus.

So, let’s explore how to interact with an I2C device from the command line!

There are two main commands that are used to work with I2C devices: i2cget and i2cset. Using these commands you are able to access the data that is stored in registers (a location in the memory) on the device and in that way control the device. In order to read or write a byte to an I2C device you need to specify the register, so let’s take a look at commands closely.

The i2cget command is used to read a byte from a specified register on the I2C device. The format for this command is as follows:

Let us explained each little chunk of this command.

Let’s say this returns 0x48, which is not expected, right? But remember, this byte is represented in hexadecimal values. If you convert 0x48 into decimal you would get 72, which is pretty nice weather, isn’t it? Now, let’s take a close look at how to write data to I2C devices.

We’ll use the i2cset command to write data to an I2C device. The format of this command as follows:

So, let’s say you have an I2C light controller at address 0x15 that acts as a slave device with the following memory mapped registers: 0x00 – green light, 0x04 – red light and 0x08 – blue light. We’ll use 0x00 for OFF position and 0x01 for ON.
For example, let’s say you want to turn the green lights ON and the reds lights OFF, so here we are:

Hi guys, There’s now a central place for getting acquainted with the Omega as a…

5GHz WiFi with the Omega2

In general, WiFi devices operate on the 2.4 GHz and 5 GHz frequency bands. The WiFi…