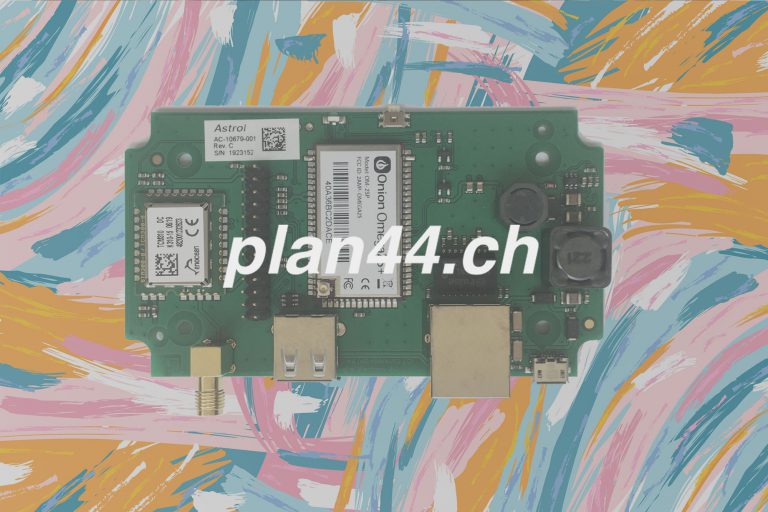 Plan44.ch started in 2011 with the desire of Lukas Zeller to create not only software but also hardware. Motivated by the desire to find a new challenge that would involve both of his passions, he started searching for applications that would later become custom art pieces, custom exhibition projects, and home automation systems. Maybe it was the 44 iterations it took him to come up with the perfect idea, which gave birth to the company name, but it has been certainly the plan to be resilient and determined to never stop looking for your dream.

The first product developed was a lighting controller, DALI bus-based, soon after several ideas for home automation followed. One of his first plans was to start working with digitalSTROM which had a powerline based automation system, paired perfectly with the DALI bus-based lighting controller. From here he generated a fruitful collaboration and developed many products for third-party automation technologies like DALI, EnOcean and HUE. 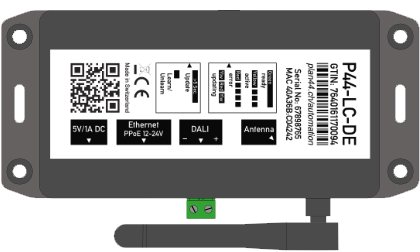 Plan44.ch focuses on creating and selling home automation devices, as well as collaborating with museums and public institutions to design and build bespoke installations. Their installations can be seen all over Switzerland, Netherlands, Austria, and Germany.

Highly custom IoT pieces have a short lifespan and can be costly, while plan44.ch focuses on making high quality software and hardware that lasts and can be updated easily. Since the beginning, it has been the company’s goal to find a reliable, long-term maintainable computing platform that is not overly complex or oversized for the needs of the gateway.

Before getting to version 44, Lukas considered several different versions of the plan44.ch gateway with Raspberry PI, PIC, MSP and Beaglebone. He found these devices either too small or too big – the small ones lacked the capacity needed for the gateway, while the big ones were overpowered and physically taking too much space. The larger solutions tended to be bulky and require a lot of power just for basic operation. While the small ones tend to be limited in terms of functionality like operating systems, WiFi, or Bluetooth.

First versions were based on the Digi Connect ME module, a powerful but pricey unit. Unfortunately because of its semi proprietary Linux support, it would not allow Lukas to use current kernels and security improvements, which is key for extending a device’s life with software updates. Linux itself is of course open-source, but the development environment Digi provided was not, which led to lots of time spent struggling with an outdated compiler even today in 2020.

The balanced solution for Lukas was the Onion Omega2S and the fact that in a tiny 34x20x2.8 mm footprint, it packs a Linux operating system, built-in storage and memory, a WiFi radio, and pins for Ethernet. On the software side, the single board computer supports a free and open source Linux and Onion Corporation does not charge extra for Linux development environments.

The most important thing for the longevity of an IoT device is still Ethernet. If reliability is key then nothing can replace cable connectivity. This is especially important for home automation devices.

Lukas gave much consideration to Atheros AR9331 SoC and the Onion Omega2 modules. In the end, the decision was made to go with the Omega2 since it is based on the more open MT7688 SoC, with it’s widely available datasheets. Furthermore, Onion had chosen to use OpenWRT which allowed Lukas to build on an open source software platform.

For any business, it should be important to monitor if a company is planning to discontinue a product and stop support, especially if you are considering a device to last +10 years.

Onion Corporation has recently announced that it will extend the Omega2S end-of-life date to 2025 and further while there is demand for the product. This certainly helps with plan44.ch’s goals for their devices. Another advantage for building long term projects is that Omega2 platform has a large community and the OS is open source, this allows bugs, updates and further developments to be done by anybody in the community, but just Onion Corporation, giving complete freedom to customers and the community alike.

on display around Europe

As a contractor plan44.ch has also developed Omega2-based climate control UI device for hotel rooms this project is still under development but you can expect it soon on the market and the product can be used in both hotels and home automation.

The plan44.ch P44-LC-DE standalone home automation device is based on the Omega2S and is used for easily building powerful DALI and “Philips Hue” software extension LED-based lighting installations. Philips Hue has a good, open, local http API almost from 2012. digitalSTROM on the other side already had color light support in their architecture, but no actual color lights were readily available. So plan44.ch hue integration brought decorative color lights as an easy to install add-on for digitalSTROM users for the first time.

Plan44.ch’s projects are not limited to only home automation systems but also entire products like this pixelboard table:

One fruitful collaboration of plan44.ch together with the award-winning design studio Klauser+Lienhard developed and built a modular LED scrolling text display for the “Digital Platform” of the ETH – Swiss Federal Institute of Technology – within just three months. The display system is designed by Klauser+Lienhard but the illumination of the 35 glass floor elements, the 18 elements of the 19m long scrolling RGB LED display, as well as interactive LED effects triggered by passersby, were all done by plan44.ch.

Inside the platform, there are 70 Omega 2S powered devices, networked via IPv6 Ethernet for reliable synchronization, that control all the lights (with the Omega’s PWM outputs), all LED effects on the platform including the 1126*7 pixel scroll text (via p44-ledchain kernel driver also using PWM to drive WS2813 LED chains) and the sensors which detect people approaching (MCP3002 A/D converter connected via SPI). All hardware and software is open source and published on GitHub.

The Omega2 family of modules has helped plan44.ch to become more versatile through its variety of I/Os and great community support. The availability of I/Os on the Omega2 gives developers freedom and possibilities when deciding to develop new products and installations. Onion Corporation has a very active community that is always ready to help, offering a way to get advice and resolutions to issues quickly and consistently.

A key part of Lukas’ main mission is to make all key software projects, including firmware, open-source because it is his belief that open source allows technology to mature quickly and people can benefit from it much faster. Most of the open-source projects of plan44.ch, most of which are licensed under GPLv3, are available on Github.

The key benefit of plan44.ch projects is that they are built to last at a minimum of 10 years which is unprecedentedly long for household and technological art pieces.

Specific controllers for exhibition pieces are steadily increasing and the focus of plan44.ch on improving the toolset and software building blocks is to be able to build customer-specific setups quickly while giving the customers as much control over the details as possible through standardized APIs and scripting interfaces.  Lukas is currently working on several new controllers that would expand his portfolio while at the same time allow customers to build it themselves. One of them is +15000 LED’s controlled by 8 Omega2 based units.

Follow plan44.ch and their projects on Github as they develop new and exciting projects.

Further developments into the p44script engine would allow them to bring a wider public by releasing it as a package (for OpenWRT, and maybe also Debian Linux), ready to use with standard peripherals, and possibly including direct support for the new Omega2 Dash touchscreen-enabled industrial single board computer. There’s no timeline for that yet – watch plan44.ch on Github for early signs of it. It will be an exciting middle ground solution allowing users to do interesting things quickly without diving into the depths of actually developing custom solutions in Python or Node (or even C/C++).

“From the beginning, I decided to make all key software projects of plan44.ch open source. I firmly believe that open source is not just nice-to-have for other developers or companies to get 'free' software, but is the key condition for long term sustainable technology." 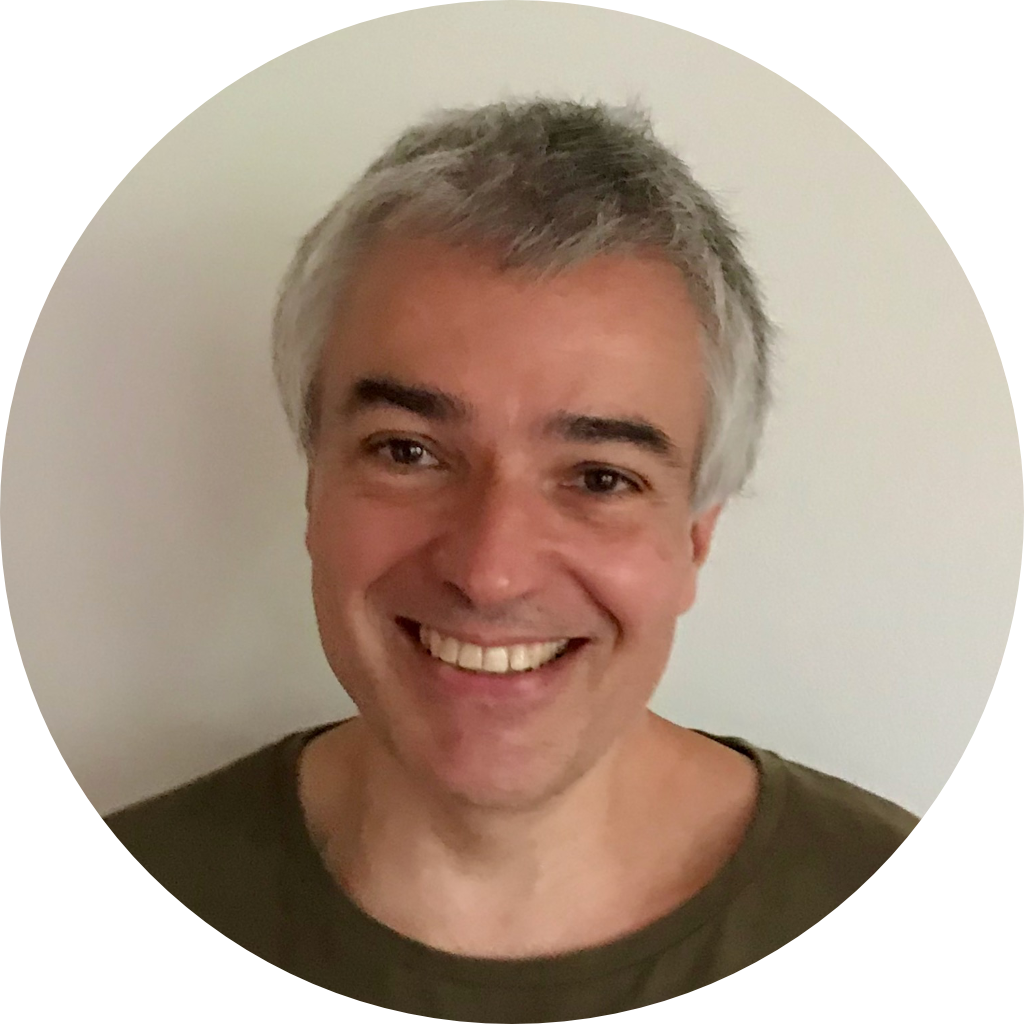