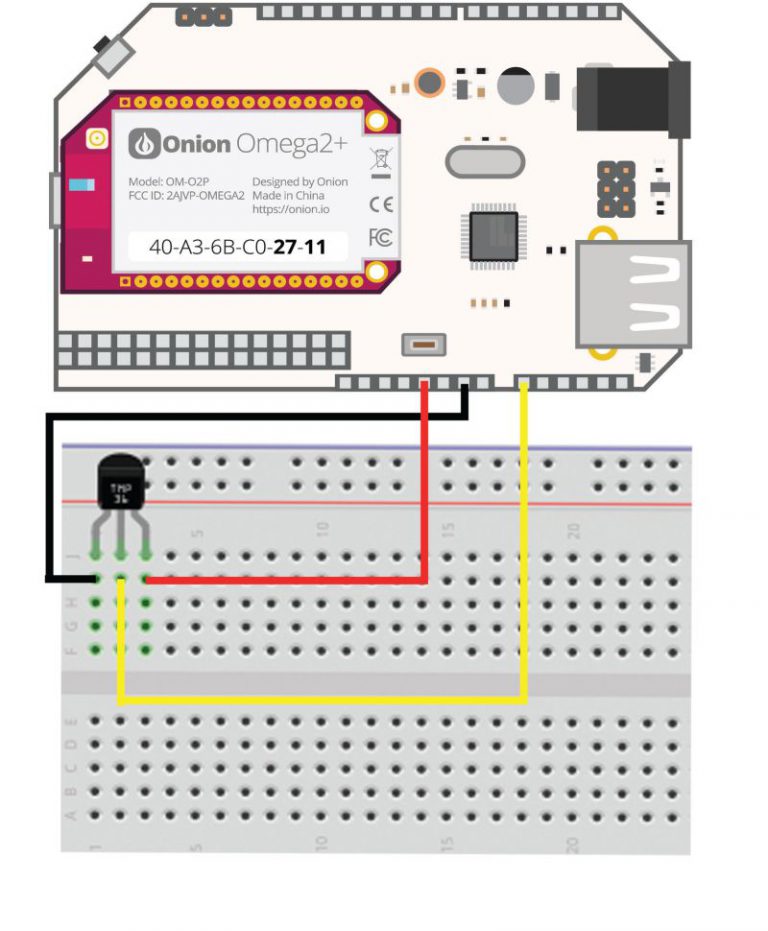 In this week’s tip, we will explore using the microcontroller on the Arduino Dock 2 as a co-processor for the Omega2. In this case, the microcontroller will read an analog voltage value from a sensor and communicate this to the Omega. This is handy since the Omega itself cannot accept analog inputs.

From a high-level, the microcontroller will read the analog voltage input and, upon the Omega’s request, will transmit the reading to the Omega serially via the UART. In short, we will read an analog value from a TMP36 temperature sensor, convert the voltage value to a human-readable temperature, transmit it to the Omega, and print the actual temperature on the command line.

Let’s dive in. We will need the following components: 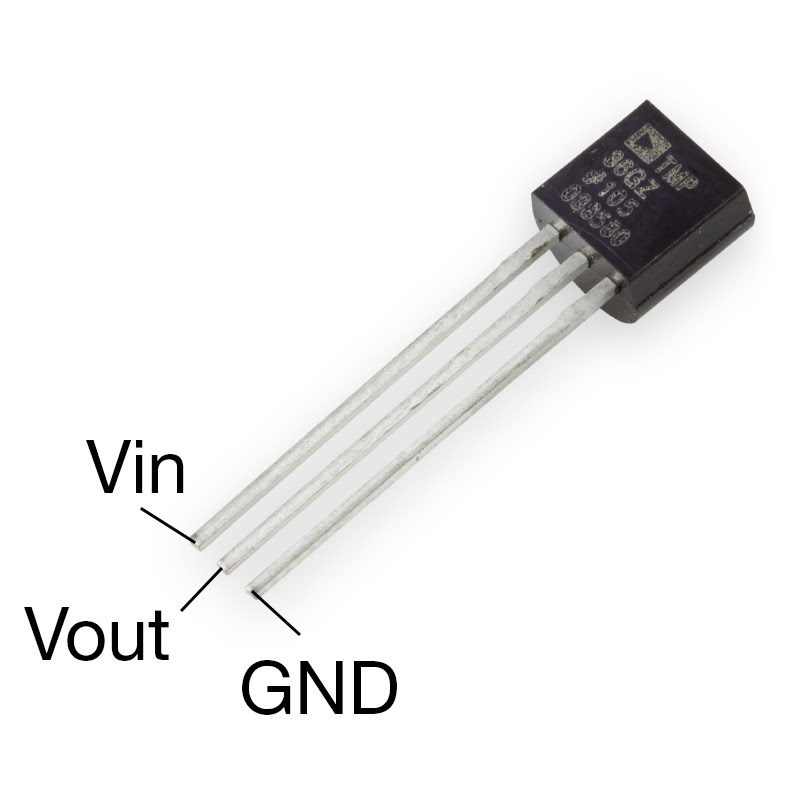 We’ll be connecting the temperature sensor to an analog pin of the ATmega microcontroller, and we’ll reference it to VCC (5V) and GND so we can make sure the data is accurate. Now let’s wire everything up! 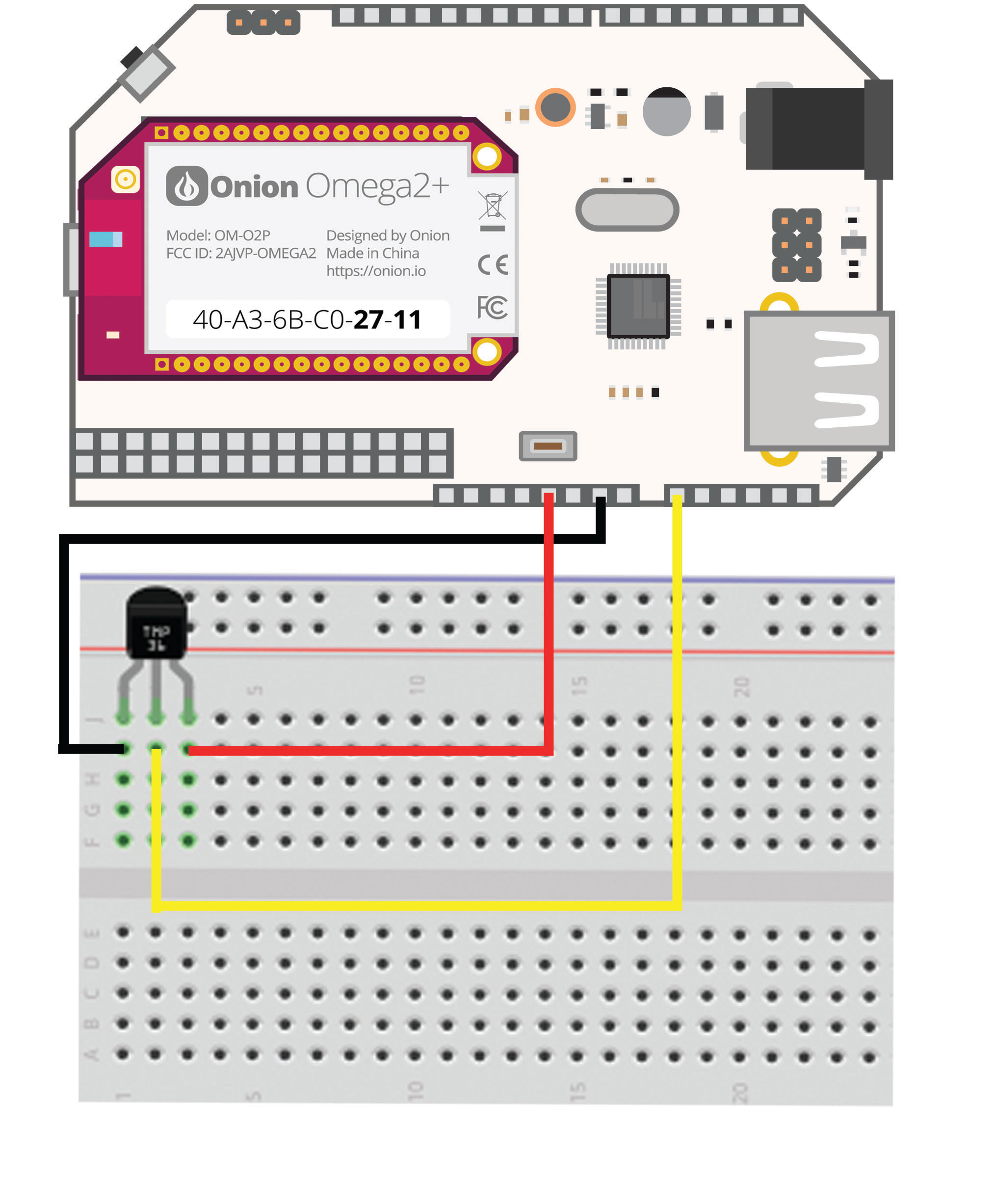 And you’re all set! Now we’ll write Arduino Sketch C code to do the following:

So here we are:

The next step is to flash this sketch to the Arduino Dock 2; please refer to our guide on how to flash the Arduino Dock wirelessly. When the flashing is done, in order to get the data from the microcontroller, you will need to send the specific character specified in the code.

The screen command will allow you to send and receive data on the serial port. The predefined input is the r character. First, you need to install the screen utility by issuing:

Take a look at our Docs to learn more about the screen utility. Afterwards, you can run screen /dev/ttyS1 9600 and press the r key on your keyboard:

You can hit r button as many times as you want to send the request to get a temperature reading from the sensor. To end your screensession, press Ctrl + a, then k, and then y to return to the command prompt.

Alternatively, if you would like to access the temperature readings programmatically, you can write a Python script that uses the serial module. Take a peek at the code below:

However, you will need to install the pySerial python module in order use import serial in the code. To do so issue the following commands on your Omega:

By running the Python program you can ‘talk to the Arduino’ and retrieve the temperature readings from the sensor. Just copy the code to a file on your Omega and execute by running the following:

And there you have it! You can use this code to make your very own microcontroller communication scripts.

Let’s sum up what was covered in this week’s tip:

Essentially, the microcontroller listens to the sensor, then tells the Omega what the temperature reading was when the Omega asks for it.

Thank you for reading! Next week, we’ll cover more ways for the Omega and microcontroller to communicate, stay tuned!

Have a wonderful rest of the week!